In Our Own Image? 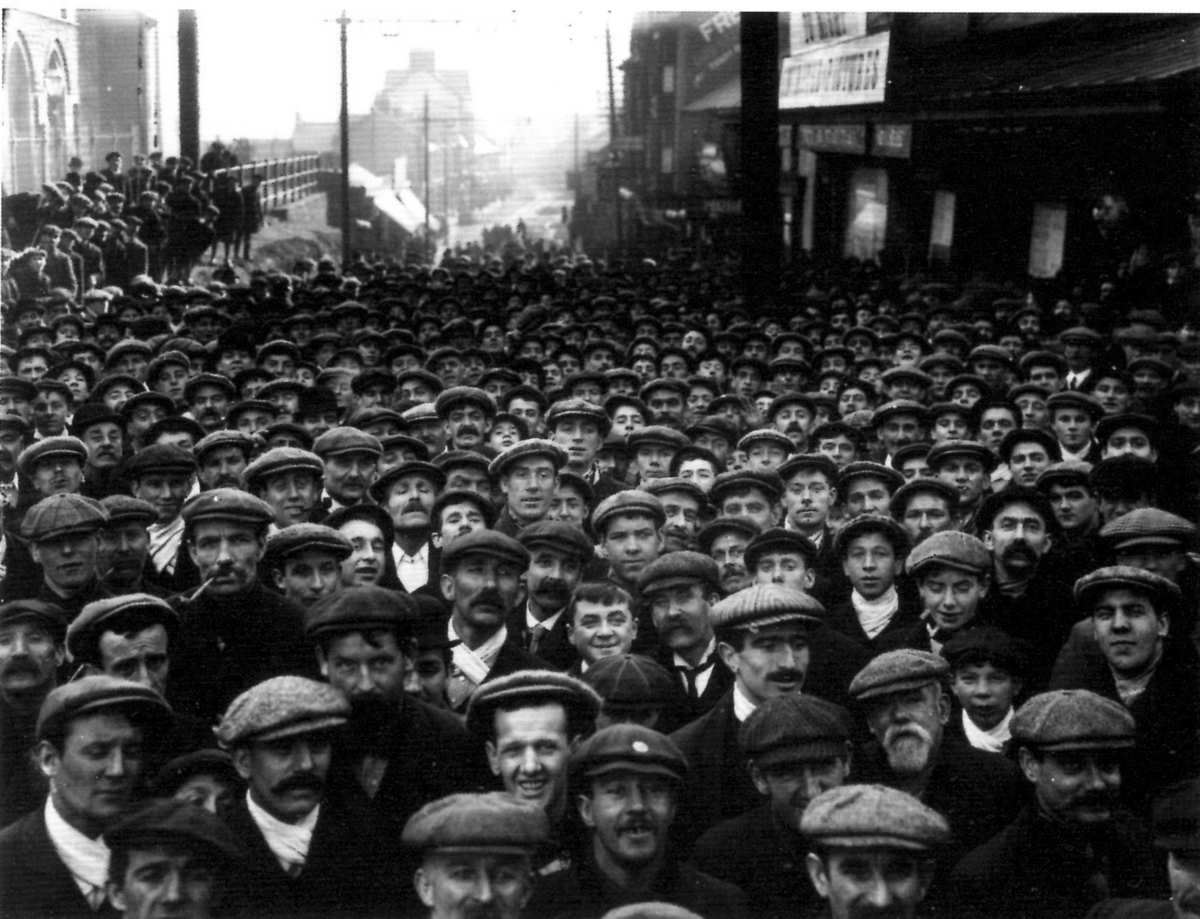 The exhibition is divided into three chapters by theme.

This chapter images what constituted the coal society. It includes portraits of the first three Principals of the School of Mines. The first of these was the Scot George Knox who is recorded in a black and white photograph, as is his son William (who was a student at the School in 1913-14 and president of its first rugby team but died in the First World War). 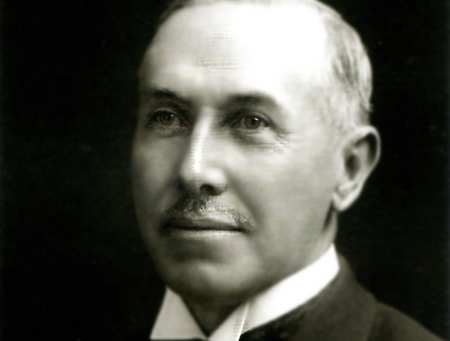 World War One Memorial (1919), by unknown artist, which includes the name of William Knox 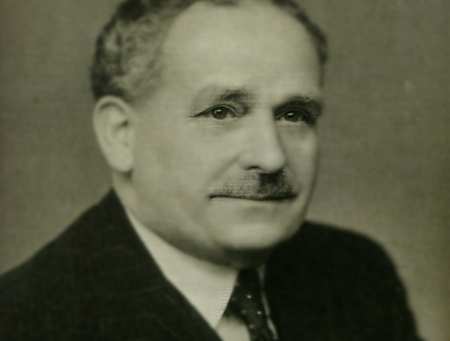 In contrast, the painting 'Warm and Cool' by Joan Baker (who became a prominent staff member at Cardiff Art School after World War Two) shows a young black woman walking north of the main railway line in Cardiff in about 1960. Discarded boots from the 1984-85 Miners' strike are used by David Garner and the famous scrum half Gareth Edwards is caught in clay by John Hughes. 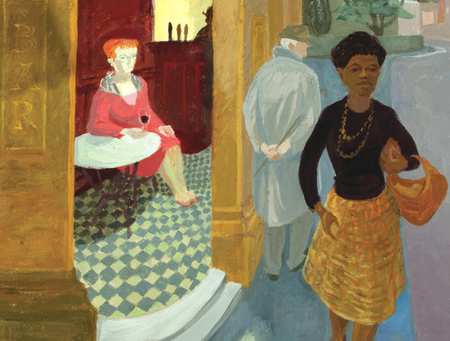 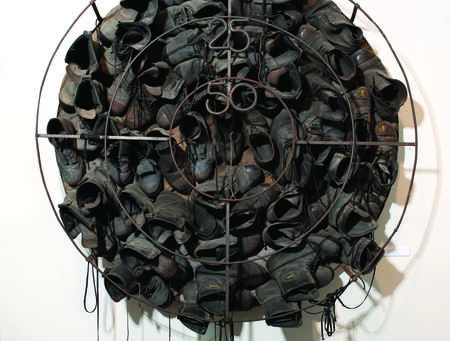 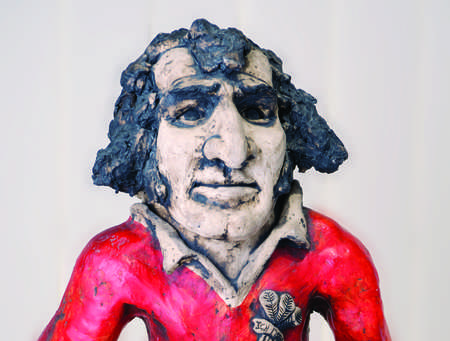 The paintings of place range from the more representational ('Caerleon College' by Thomas Rathmell and 'Bargoed III' by Gillian Hilbourne) to the more abstract  'Rhymney' by Robert Alwyn Hughes). 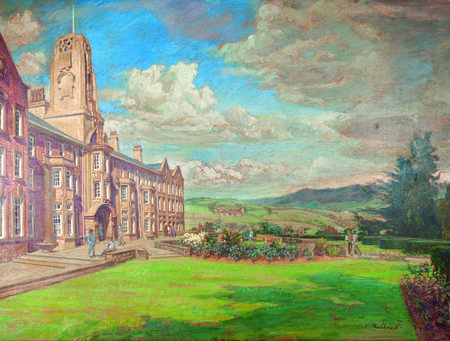 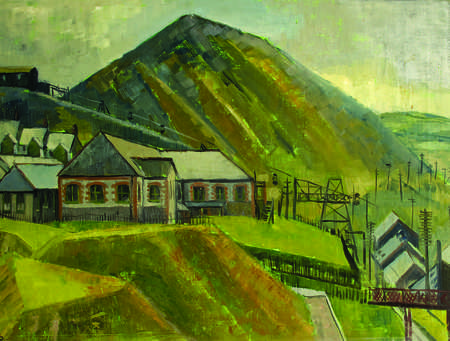 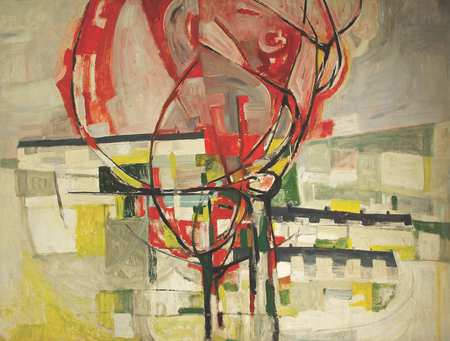 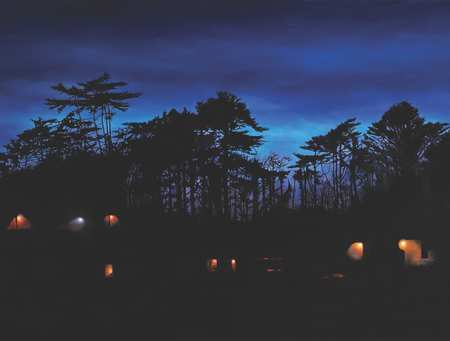 The Many Peopled Night (2007) by Gareth Hugh Davies, Oil on canvas 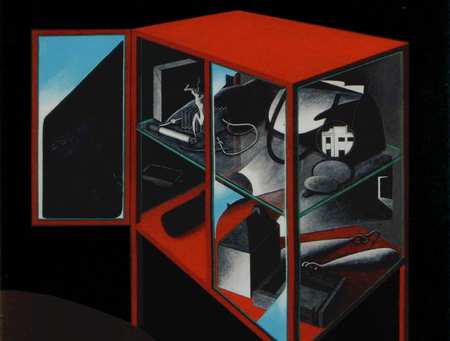 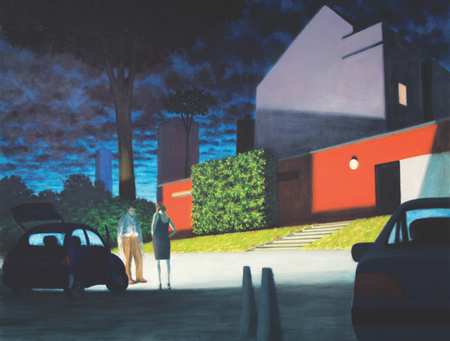 The recent, dark paintings of Gareth Hugh Davies, Ken Elias and Phil Nicol have filmic, almost 'film noir' qualities, whilst the colourful 1985-86 painting Interior no 3 by Ernest Zobole and its newspaper headline 'Never Again' reference the fortieth anniversary of Hiroshima from the perspective of the Rhondda. Text is also used in Paul Pieter Piech's woodcut of the poem Bells of Rhymney by the poet Idris Davies. The painterly and poetic is caught in the photographs of Keith Arnatt and Tina Carr and Annemarie Schone. The memory of journeying is found in a small painting by Neil Burridge and a large drawing by Stefanie Tuckwell. Performance by Thomas Goddard and Tiffany Oben is caught in a still from a digital video.