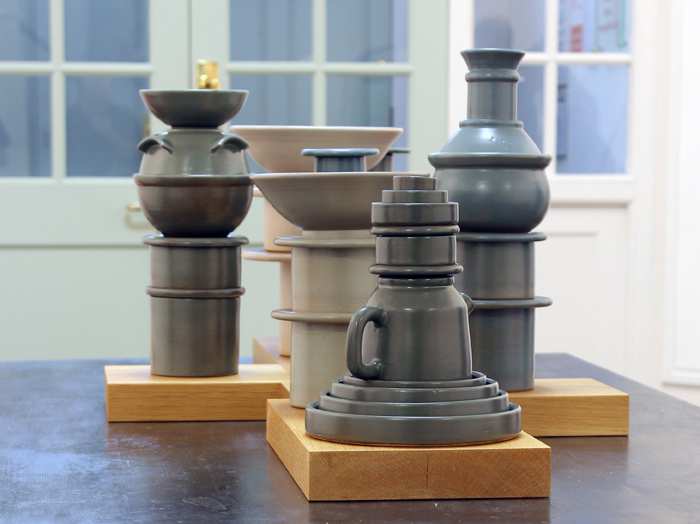 An exhibition of 2d and 3d contemporary artworks by six artists all members of the University’s Faculty of Creative Industries. 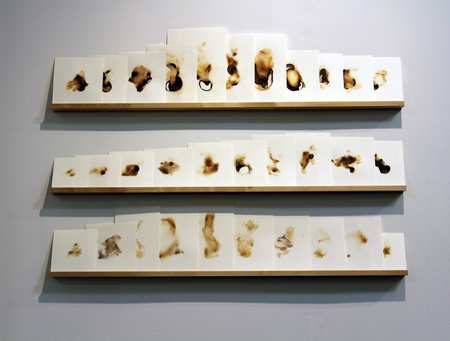 I have had a longstanding interest in how personal histories, events and relationships can be recorded and remembered through everyday objects, mementos and memorabilia associated with them. I've explored these ideas via drawing, digital technology and the direct use of objects, experimenting with archiving and cataloguing but also exploring ways to enlist the sensory qualities and properties of substances and materials to elicit meaning. Much of my work this year has concentrated on documenting some very ordinary and commonplace objects over short periods of time. Between April and September, the objects discovered in my pockets became the focus of attention, there were a lot of tissues. The subsequent responses, aim to connote what can be articulated of these moments passed, through the correlation between object, material and process.                                                                       Heather Parnell (2015) 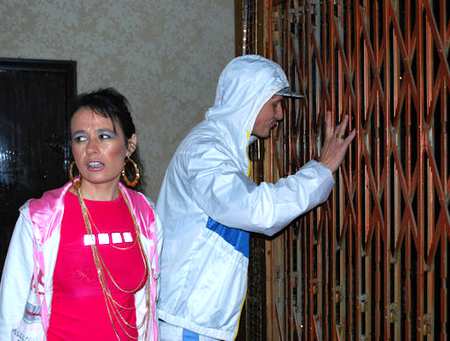 Tiff Oben's practice is generated in collaboration with others, other artists, the viewer of art and the random passer-by. All are drawn in, whether knowingly or unknowingly, into constructed situations, spaces, performances and events, that aim to antagonize and tease out inner prejudices. In 2009 Tiff Oben and Tom Goddard began a series of performances in which they intervened into their everyday identities to dress as the stereotypical working class pariah, the chav, in white nylon sportswear, trainers and cheap gold jewellery. The performances not only affected the clothes that they wore but also their gesturing and interactions with

others. They did not actively become aggressive, surly, negative, but it was always taken for granted that they were out to cause trouble. There was no direction, no set action nor dialogue; they simply became their characters. 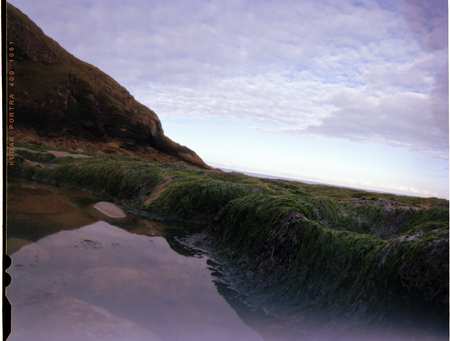 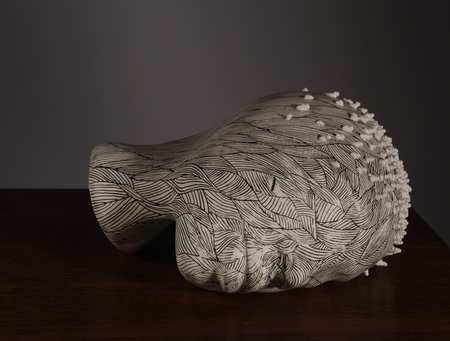 Originally from Portugal, Natalia Dias moved to Britain in 2001 to pursue her creative career. It was her passion for ceramics that brought Natalia to Wales and in 2009 she gained her First Class Honours degree in Ceramics at Cardiff Metropolitan University. Upon graduating she was awarded the graduate scholarship at Fireworks Clay studios. In 2010 Natalia won the gold medal for Craft and Design at the National Eisteddfod of Wales and in 2013 she was granted a Creative Wales Award. Natalia has been working as a ceramics technician at the University of South Wales since 2011, specialised in plaster mould making and slip casting her work reflects this. Her unique sculptural pieces take hundreds of hours, a lot of tenacity and technical skill to accomplish. But it's the love that Natalia has for constantly experimenting and pushing boundaries with her making techniques that keeps her infused with passion for working with such challenging material as clay. 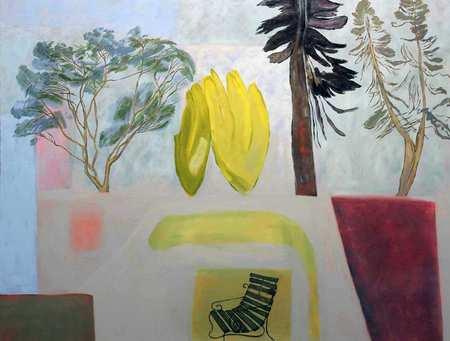 My subject is public gardens. I'm drawn to the arrangements of natural and man­ made forms within parks, which seem to combine a sense of liberty with confinement. I enjoy the encounter of formality with vivid nature in these spaces and aim to reflect the pleasures and visual tensions of that coexistence in my work. I start with drawings made on the spot, which are re-arranged in the studio; natural, manufactured or manicured elements from parks are re-positioned and alternative spaces and visual relationships are explored. At this point colour is introduced to create another environment and experience, which at times, alludes to the metaphysical. This fusion of reality and invention acts as an echo of the contrivance and gloriousness of gardens. My paintings mirror the organisation of these spaces whilst celebrating their form, surface and colour. 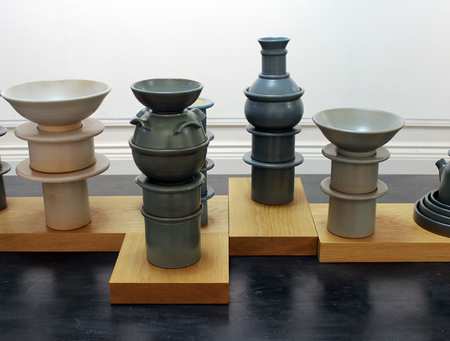 I make work that investigates the balance between form and function, most recently exploring the subtle beauty of Brutalist architecture through the creation of thrown and stacked sculptural objects that when dismantled become the plates, bowls and containers used to store, share and serve food.