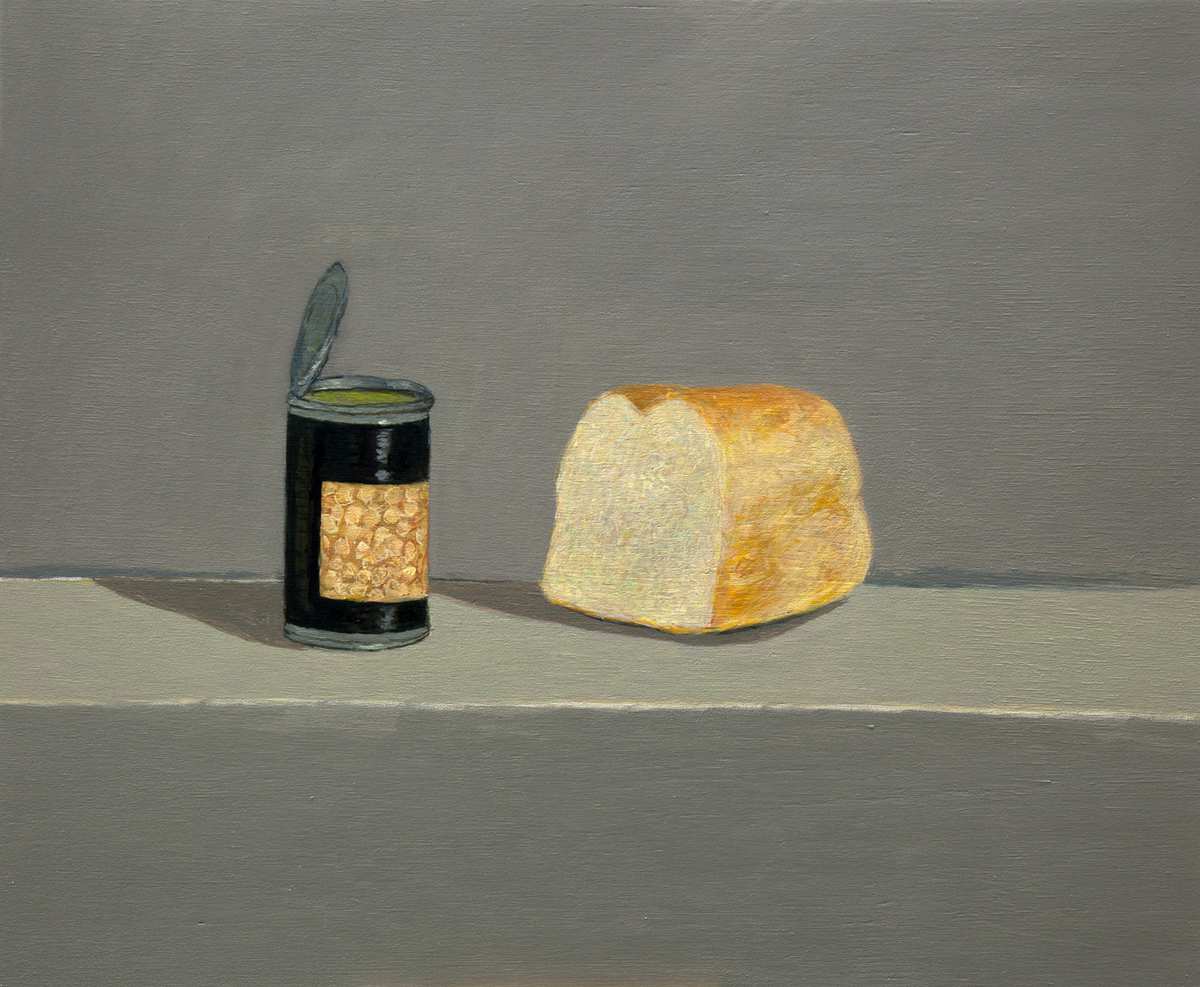 This exhibition is the second in a series of annual events featuring the work of members of staff based in the Faculty of Creative Industries at the University of South Wales who are active practitioners in the field. Fuse was held at the Flock Gallery, Caerleon, in 2013, Fuse 2 consists of artworks by four individuals: David Barnes (b 1974) and Paul Cabuts (b 1956) are lens-based artists; Andreas Ruethi (b 1956) is a painter; Chris Nurse (b 1962) is a painter-printmaker who also makes three-dimensional mixed media and video works.

The colour photographs of Paul Cabuts concentrate upon formal values. However, this does not mean that they lack content or context. His Pencaer (2011) series references a debate about beauty and authenticity and (in his view) the wrong decision to remove the telegraph poles which are his subject matter from their north Pembrokeshire site. Certainly, such objects are not excluded in the paintings of the late Ernest Zobole.

David Barnes's Still Deaths (2013-14) are four museum glass-encased, colour photographs, which form part of a series which studies aspects of a small village in the lower Rhymney valley. The culture of family and community politics and intergenerational experience are dramatised through a tense, almost film noir presentation of objects in darkened settings. One work recalls the late Keith Arnatt's Pictures from a Rubbish Tip series of the late 1980s.

A present from the future, disinterred.

Philip Gross (1952) is a poet, novelist, playwright, children's writer and academic. He was appointed Professor of Creative Writing at the University of Glamorgan, now the University of South Wales in 2004, frequently contributing to Oriel y Bont exhibitions and events. He won the T. S. Eliot Prize in 2009 for a collection of poems, The Water Table, a Gregory Award in 1981, and the National Poetry Competition in 1982. 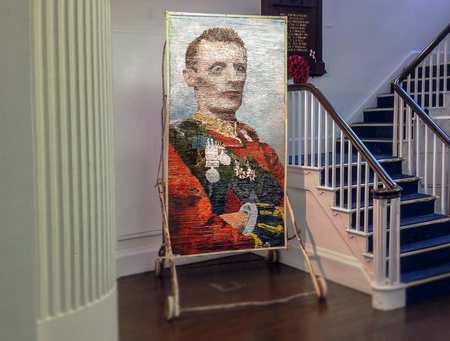 Chris Nurse is the most versatile and whimsical exhibitor in terms of use of media and approach. His theme is war but he treats this topical subject obliquely. He focuses upon real Celebrities of the Army (2012-13) from a hundred years ago rather than present-day ones to seemingly defuse debate, but then he presents his personalities in a toy-like manner which prompts the viewer to ask if all this is celebration, commemoration or condemnation. 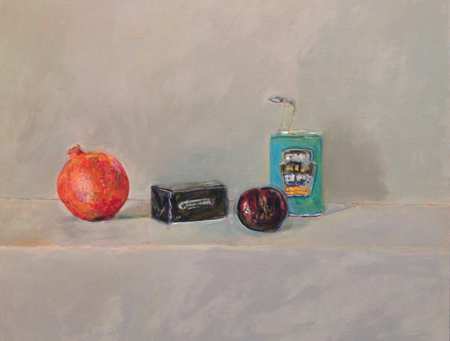 Domestic Arrangements (2014) Oil on board.

Andreas Ruethi's series of small panel paintings titled Domestic Arrangements (2014) brings an air of (perhaps disquieting) calm. These meditative but knowing still lives look back to landmark representations by the likes of Morandi and, via the tin cans, Warhol. As the title of his series suggests, these images point to something 'other' going on below or beyond the surface, as in the works of Hopper. After all, his studio is a former slaughter house.