The 70 Series: The Valleys: An Exhibition of the Welsh Group at 70 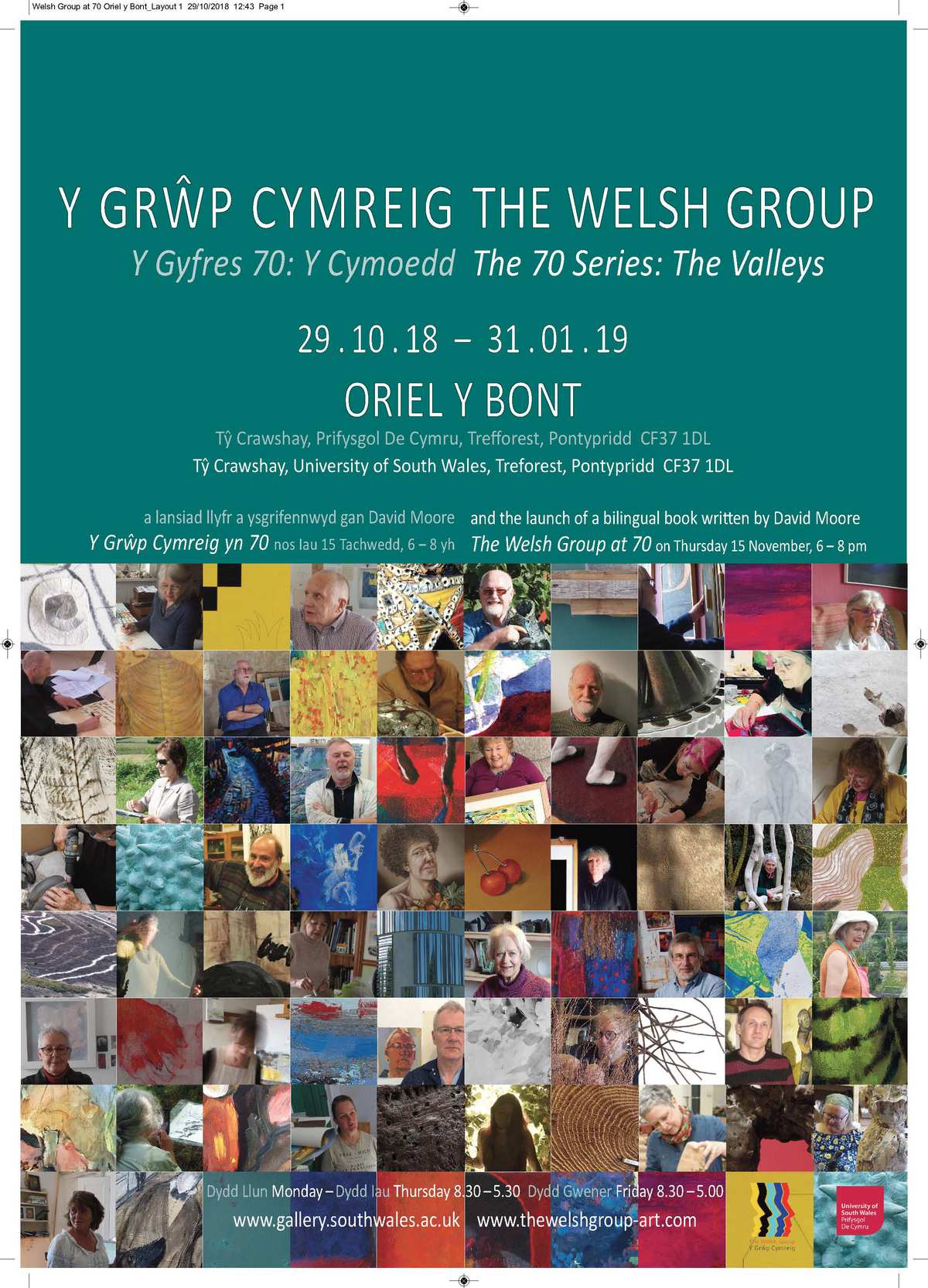 For its seventieth anniversary, the Welsh Group is launching a major new book about the Group at the opening of its latest exhibition, The 70 Series: The Valleys.

Today, with a current membership of thirty-six artists, the Welsh Group is one of the highest-profile professional artist groups in Wales. This exhibition, part of a celebratory series touring Wales for its seventieth anniversary, features the work of the Group’s current members.

The Welsh Group, founded in 1948 as the South Wales Group, was originally an association of affiliated art societies. Individual artist membership was only introduced, in an environment of increasing professionalism, in 1957. Art society affiliation, however, and open exhibitions continued to be a feature of the Group for many years. It only became a fully professional group in the 1970s after being renamed 'The Welsh Group’.

Many current members are deeply rooted in the Group’s evolution. The oldest continuous members, Glenys Cour and Islwyn Watkins, became artist members in the late 1950s, Glenys having joined the affiliated Swansea Art Society in 1950. Eleven members, however, have joined since 2008 and it is, perhaps, more diverse in nature than it has ever been. The youngest member is Gustavius Payne, the Group’s current chair.

Available from 15th November 2018 is a new book, The Welsh Group at 70. Specially commissioned by the Group from Crooked Window and written by David Moore, it is illustrated throughout with outstanding artworks, new photographs and telling printed ephemera.

Exploring the work of individual current members, the book highlights the history of their involvement. It also reflects on recent members and takes a fresh look at the Group’s character. It reveals, too, that, over the last decade, the Group has exhibited extensively in Wales as well as developing partnerships with groups in the United States and Germany.

David Moore has worked extensively for museums and galleries in Wales and has developed an interest in Welsh art and Welsh public art collections.

In its seventieth year, the Welsh Group continues to make a significant contribution to raising the profile of the visual arts in Wales both at home and internationally. 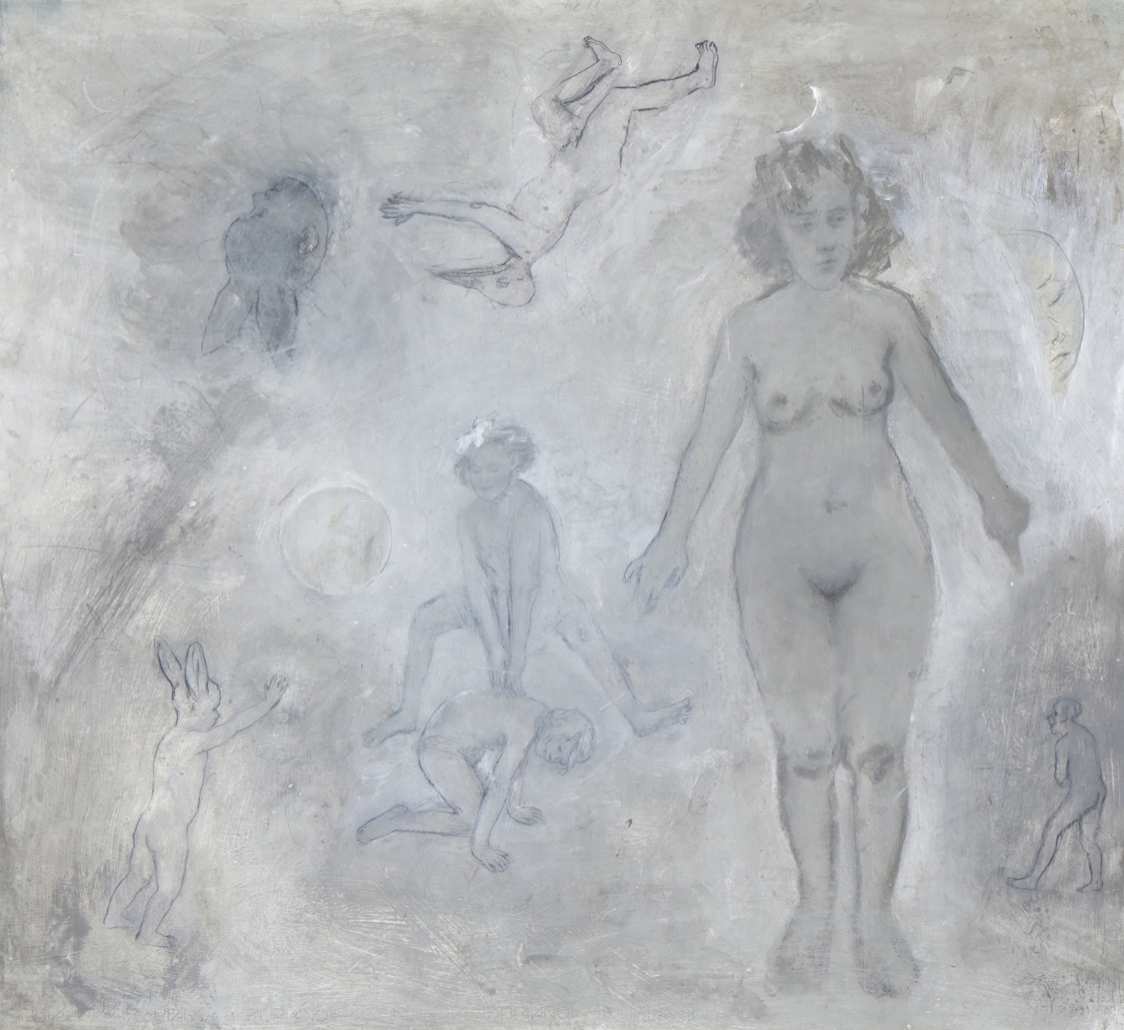 Pencil and acrylic on paper 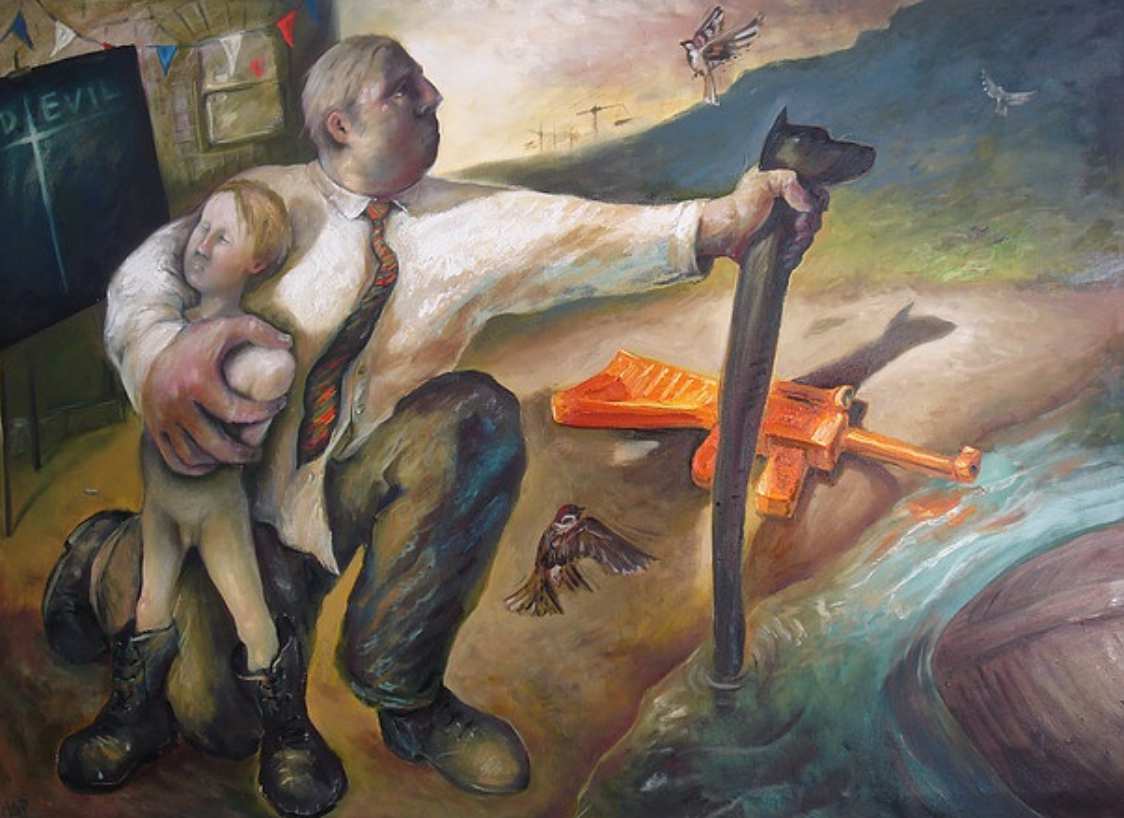 Identifying Other by Gustavius Payne