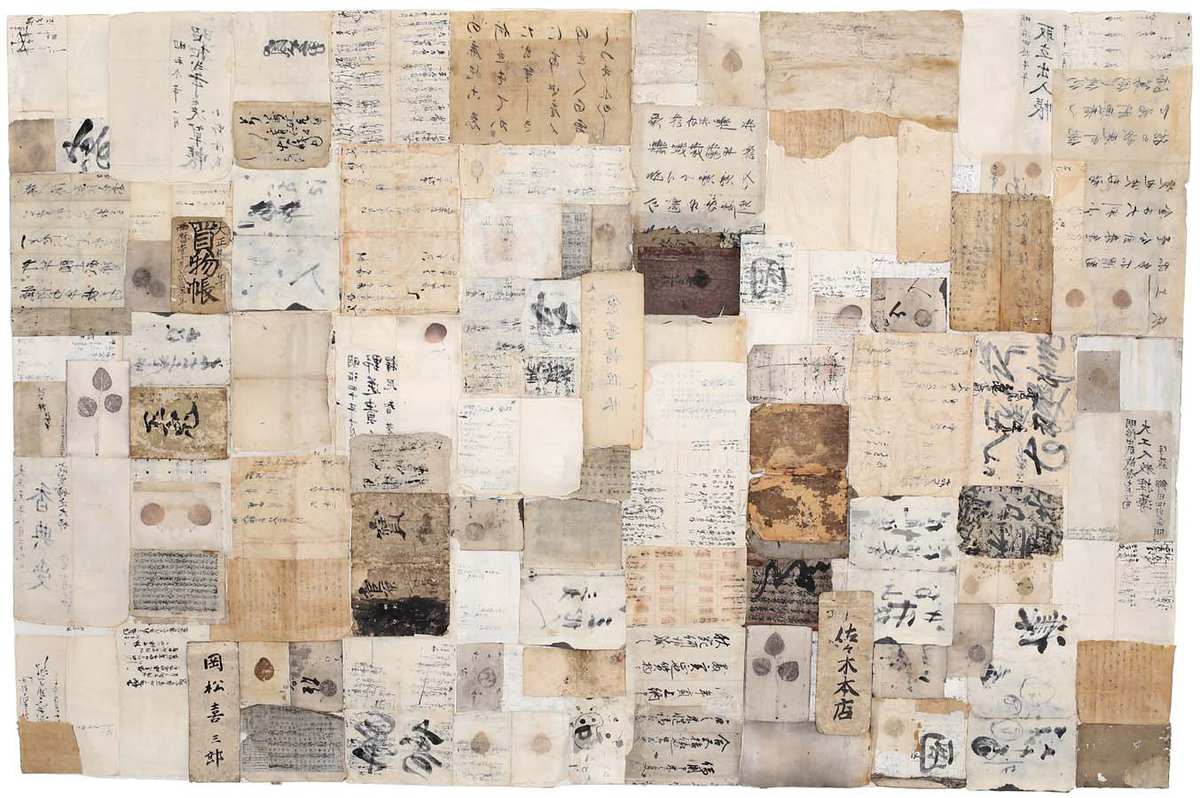 Matthew Fasone is an American artist originally from New York City who has been living and working in Osaka, Japan since 2006. He creates assemblages, collages and installations made from detritus found on the street as well as collected and upcycled materials, most notably washi (traditional Japanese paper) and old manuscripts.   In addition these fragile papery surfaces  reveal elements of textile, graffiti stickers peeled from walls and telephone poles, paint and wall fragments as well as cement, posters and advertisements. The work celebrates the passage of time, and time’s effect on things, qualities that align with a Japanese aesthetic appreciation of surface patina.