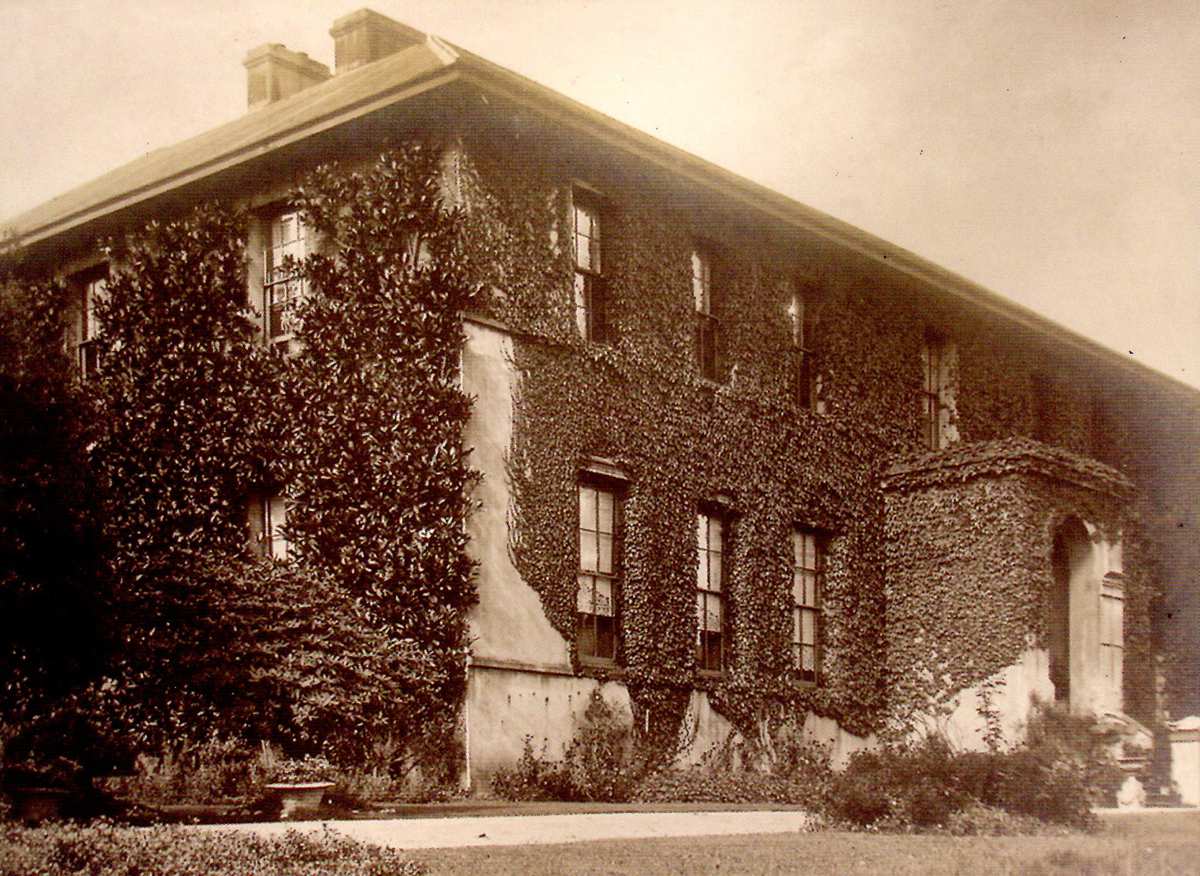 Tŷ Crawshay building was originally built as a home for the Crawshay family, the industrialists whose tin works were located nearby. Tŷ Crawshay building was at that time called Forest House. The eccentric Francis Crawshay (1811-1878), whose family lived in the building in the 1830s and 40s, had many isolated standing stones erected in the grounds. Later they were gathered into a stone circle located across a field to the north that has since developed as the University campus. Francis Crawshay was an employer and friend of Dr William Price whose actions were instrumental in establishing cremation as a recognised way of dealing with the human body after death.

Beneath the left side of the house is a domed cellar or cistern with a central pillar on a plinth, which can be viewed through a glass window set in the floor of the gallery and reception area. The intended purpose of the cellar space is unclear; speculation includes druidic altar or hideaway in case of uprising.

The beam engine that stands in the garden in front of Tŷ Crawshay building was built in 1845 to service the Newbridge Colliery at Gelliwion, Pontypridd. It was the first steam, winding engine to be installed in the Rhondda valley. The colliery closed in 1897 and the beam engine was moved to its current location around 1920 as an historical exhibit to grace the front of the School of Mines.