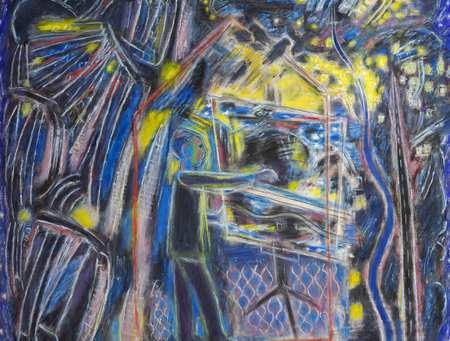 Painter and Surrounding No 1  by Ernest Zobole 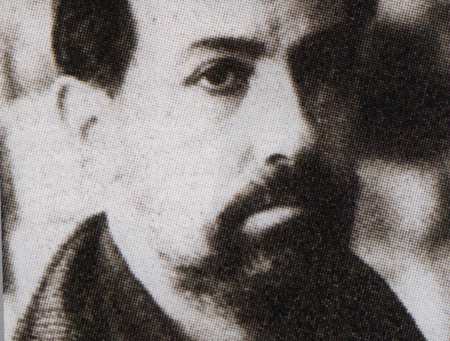 Over the last decade, the art exhibition, collection and publication programmes have been developing and expanding. These have included the securing of a significant, research, loan collection of paintings and works on paper by the Rhondda artist Ernest Zobole (1927-99) who trained at Cardiff College of Art and is now considered to be a major figure in Welsh painting. Some key pictures by him have been acquired such as the semi-abstract Black Valley (1962-63), the deeply personal but also outward-looking Interior no 3 (1985-86) and the magic realist Painter and Surroundings no 1 (1991). Amongst his and John Selway’s students at Newport was Ken Elias (b 1944) whose picture Days are where we live (1968-69) was inspired by Zobole’s work and a Philip Larkin poem. Elias’s subsequent imagery, as seen in Parlour Cabinet Painting: Remembering Katy I (1998-99), is generated by his memory and experience of cinema in south Wales. Both Zobole and Elias have been the subjects of Wales touring exhibitions either wholly or partly originated by the University of South Wales and artist monographs (published by Seren in 2007 and 2009 respectively). In 2013, one work by each of them was loaned to Amgueddfa Cymru-National Museum Wales, Cardiff, for the Pop and Abstract exhibition.