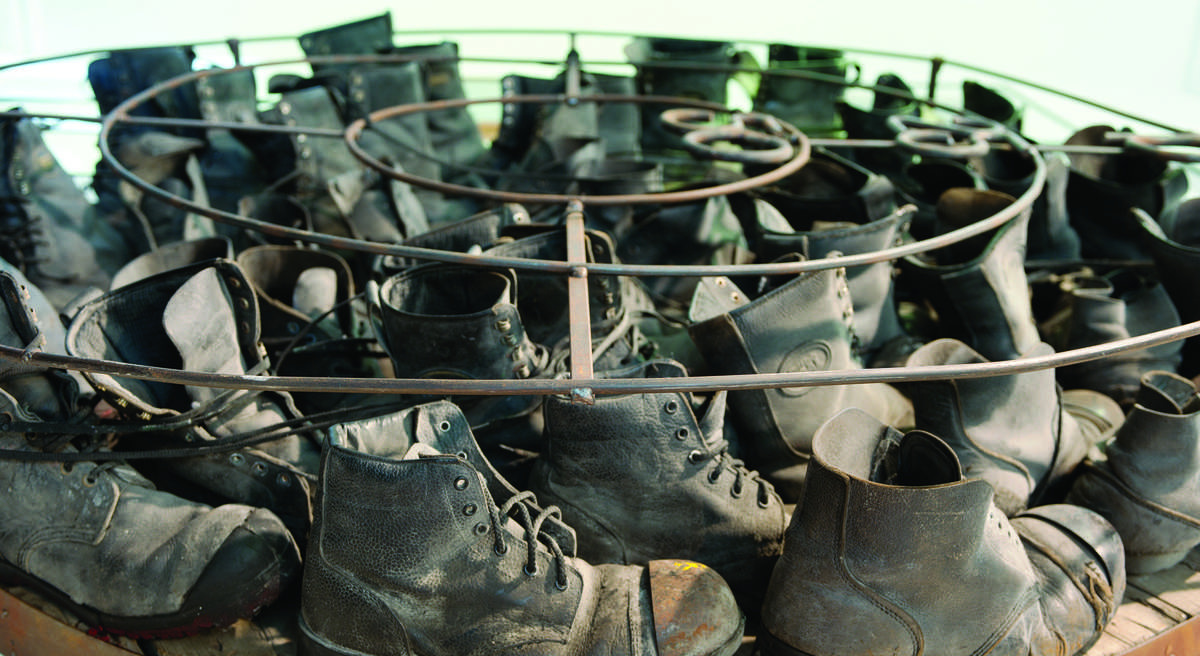 Gifted by the Contemporary Art Society for Wales 1996

Born in Ebbw Vale, the son of a miner, David Garner is a political installation artist. He studied at Newport and Cardiff colleges of art followed by the Royal College of Art, returning to live in the south Wales valleys in the wake of the 1984 miners’ strike. Political Games 2 was included in a 1996 exhibition at Oriel, the Welsh Art Council’s gallery in Cardiff, which explored the theme of politicians playing games with peoples’ lives. Professor Tony Curtis reflects that Garner’s constructions, ‘utilise the detritus of the industry in order to protest at its demise. In Political Games 2 boots jammed into an iron-framed bulls-eye; their laces hang like discontinued threads of an unproven argument, a failed policy’.